Bounded by the Grand Union Canal and the Paddington mainline, Trellick Tower is the dominant feature rising out of a housing estate of 317 homes built between 1968 and 1975.

The tower, which is described as iconic by those who like it and an eyesore by those who don’t, consists of two blocks (one of 31 storeys and one of 7) and is entirely built of bush-hammered in-situ reinforced concrete. Whilst it was originally conceived as social housing, the tower has somehow become one of London’s most fashionable and desirable addresses in recent years with a significant proportion of the flats owned by private individuals. 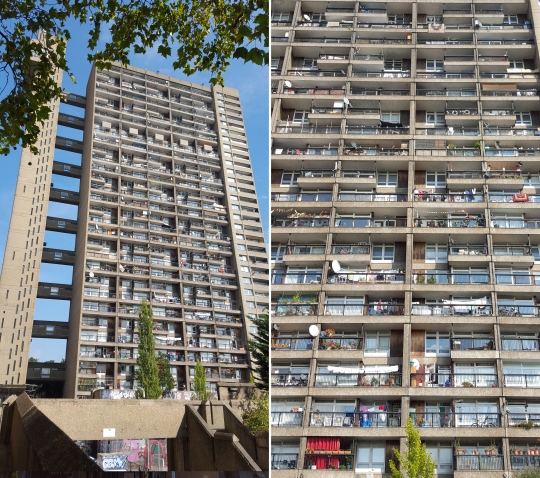 Standing at the foot of the 31-storey tower, the building is impressive in an intimidating, monolithic sort of way. 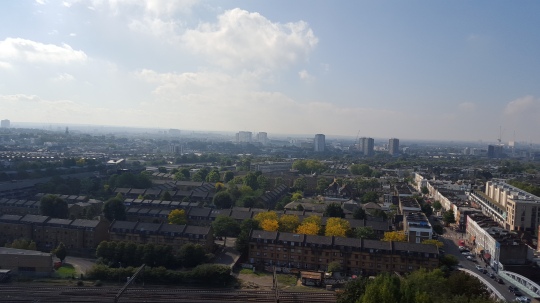 Once inside, however, it becomes apparent that the building is well kept and the original architecture, exposed concrete walls and colourful tiling have been extremely well preserved or sympathetically updated. The panoramic views from the landings and corridors on the higher floors are pretty spectacular. Two types of flat were open to view as part of Open House: a one-bed and an enormous split-level three-bed. The one-bed was bright and reasonably spacious with floor-to-ceiling glazing in the living room opening out onto a balcony with an impressive view of the city below. The three-bed was naturally more impressive with generously proportioned rooms and a long balcony which spanned the length of the living room and the substantial kitchen-diner. The views of the Grand Union Canal snaking through the city from the bedrooms really were something else. 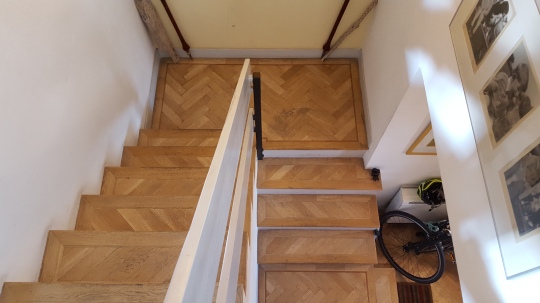 I haven’t seen a flat come up for sale in the tower recently but I reckon the one-bed is worth around £500,000 and the three-bed close to a £1million.