I’ve wanted a black Eames wire chair ever since I saw this blog post on Door Sixteen so when I saw one (on a rolling base, no less!) at the annual SCP warehouse sale, I snapped it up.

SCP is known for stocking eames chairs manufactured by Modernica rather than the official licensors Vitra and Herman Miller. Although this means that Modernica chairs are not the official licensed versions, the build quality is generally considered to be better (their shell chairs are made of fibreglass rather than mounded plastic – image below courtesy of the Modernica blog) and there is more of a variety of shell and base combinations, including the combination of wire chair shell on a rolling base that I bought. 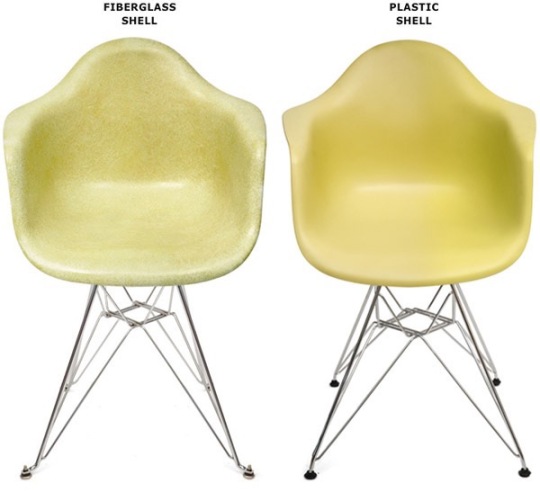 I really liked the way my new wire chair looked uncovered but after two days of actually sitting on that unforgiving wiry seat, it became apparent that I’d need some kind of cushion. I considered various options but decided nothing would look as good as an eames-designed bikini seat pad. I found this US website which sells bikini seat pads in a variety of fabrics (I particularly liked this retro Eames pattern) but at USD$150 plus $30 shipping, it would have cost more than the price I paid for chair itself. 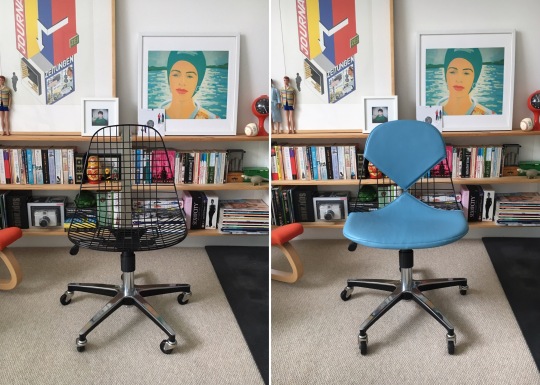 I eventually bought a blue vinyl bikini pad from a very helpful eBay vendor who sells official Vitra bikini pads at a slightly less extortionate price (where he gets them from I do not know). It was a bit of a struggle to get the bikini pad on but I actually really like how it looks and the fact that the chair no longer leaves imprints on my thighs is a bonus. 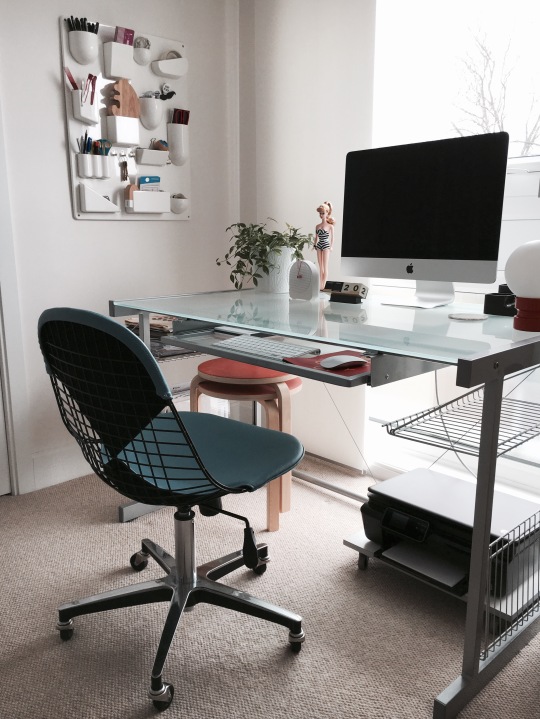 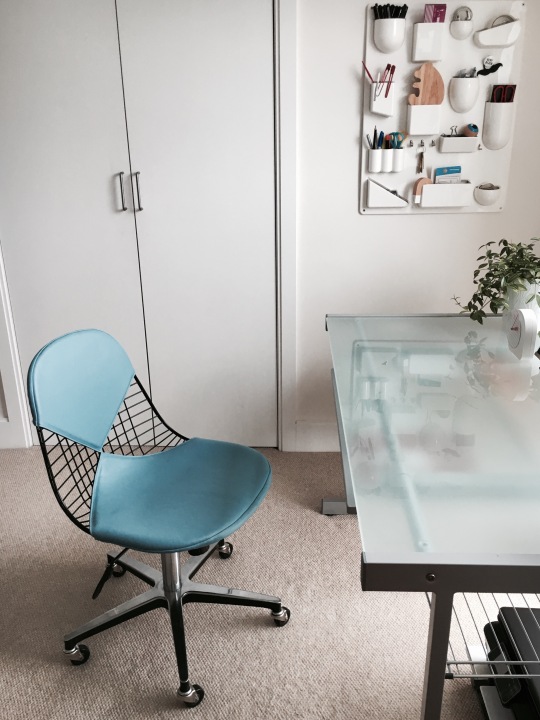